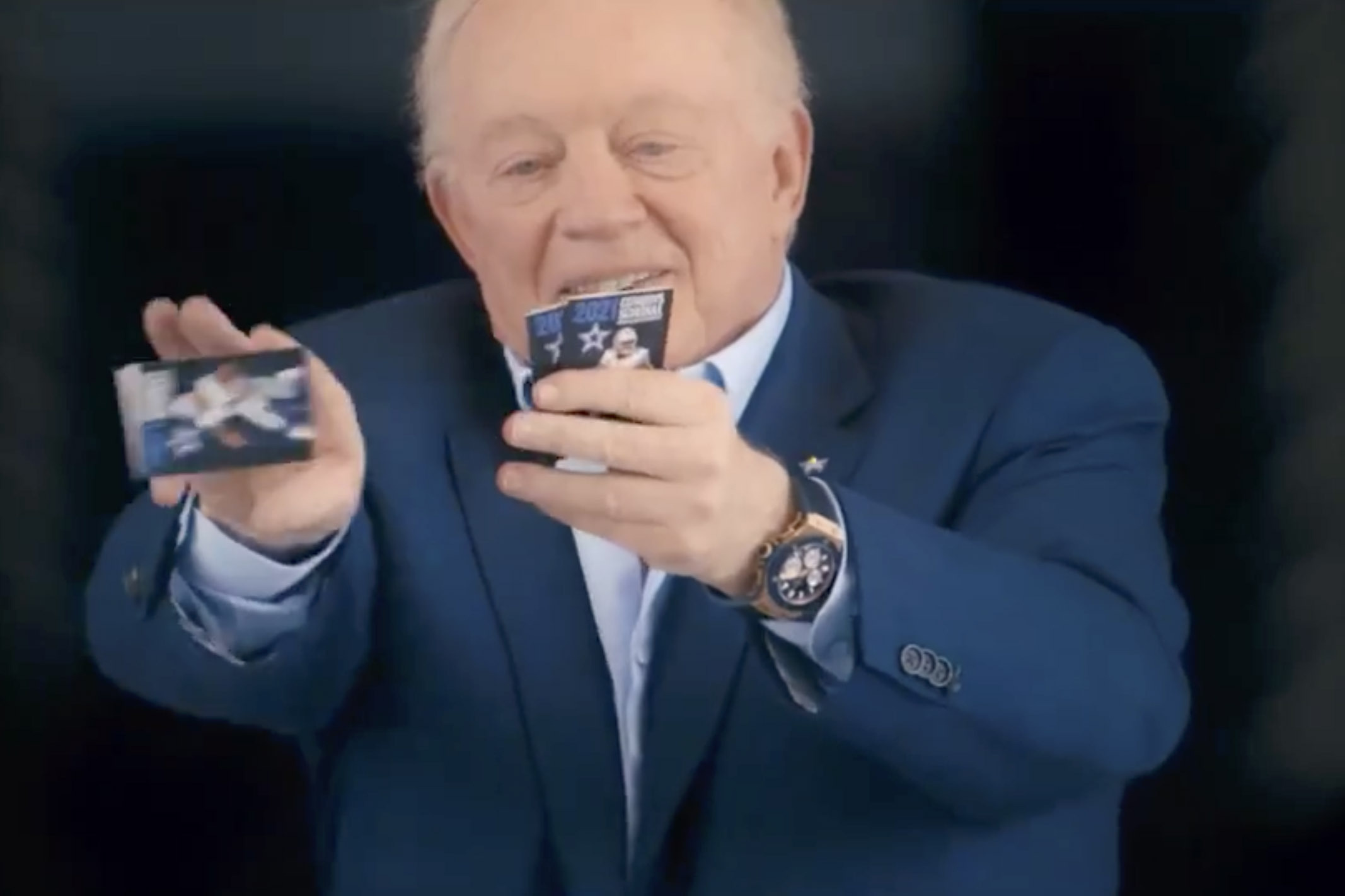 Jones did all that and more in a hype video for the release of the Cowboys’ full 2021 NFL schedule. Dallas, like many other clubs, recruited star power for its promotional video, and chose rapper Post Malone, a die-hard Cowboys fan, to star in the two-and-a-half minute clip. The video also features cameos from Cowboys quarterback Dak Prescott and running back Ezekiel Elliott.

The video, set to Post’s 2019 hit “Wow,” shows the rapper delivering the Cowboys schedule to Jones, who says, “Oh I’ve been waiting such a long time. I love this day,” adding, “Let’s go celebrate.”

That’s when things got… weird.

Jones and Post engage in a beer-pong match before they make it rain Cowboys schedules all over Prescott’s and Elliott’s heads as the teammates are captured walking through the team facility.

At one point, Post is seen putting a thick, diamond Cowboys chain around Jones’ neck, while the longtime team owner flashes his three Super Bowl rings.

Dallas — with Prescott back from injury — will kick off the NFL season in Tampa Bay for a Week 1 Thursday night game against Tom Brady and the reigning champion Buccaneers on Sept. 9.

The Bucs are returning all 22 starters from last season’s Super Bowl-winning squad.